Celebrating May:  Cinco de Mayo and our Mothers!!!

Anyone up for margaritas with lunch to celebrate Cinco de Mayo…

Mother’s day is this weekend and I am looking forward to my annual trip to the Brooklyn Terminal Market with a good friend Edith.  We share gardening stories and tips with other amateur gardeners like ourselves as we choose non-traditional varieties of flowers, herbs and vegetables to plant in our gardens.

My husband David has counted over 100 buds; we just might get 2 harvests again this summer.  Any fig lovers out there, please let me know and I will put you on the donation list.

Hoping you are getting out for walks, bike rides, runs or just relaxing in this beautiful spring weather.  You know where I am when I am not at my desk… 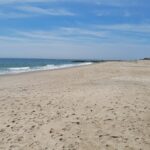 Have a great week and let’s celebrate our mom’s this Sunday!

People seem to be less patient, more in a rush to move on to the next project, appointment, etc., and as such may not be listening carefully or to your full message.   We seem to be starting more and more texts and emails with  “there seems to have been a miscommunication”…   I ask that we all try to slow down a bit (even me) and take the time to really listen.

The NYS Assembly and Senate passed bill A10080/S8948 that, for 2022, extends the date for pass through entities to elect into the PTET to September 15, 2022. This is a big win for NYS S corps and partnerships. Entities, especially those that would qualify for Resident S Corporation status that did not elect by March 15th, will now have a second chance to elect once the Governor signs the bill.

As part of the extension, estimated payments will be accelerated based on the date the election is made. We will follow up on this development once the law is signed.

Extension Tax Returns with Balance Due not Fully Paid

Now that April 18th is a “fond” memory, it’s time to get kraken on those extended tax returns.  For those of you who have filed timely extensions with insufficient funding, please pull together your missing documents so that the actual tax returns can be finalized and submitted.  Remember the extension was an extension of time to file, not an extension for time to pay, so any balance due will continue to accrue interest (don’t ask how much), let’s just get those returns finalized and submitted.

The Federal Reserve intends to address inflation by increasing interest rates to somewhere between 2 and 3.5% percent. Despite the plans, global issues including supply chain problems, could keep inflation high.  Remember this affects any balances due for personal and business tax returns.

The Securities and Exchange Commission signaled that it’s about to get even more serious about cryptocurrencies and cybersecurity, as it announced a near-doubling in size of the team responsible for these areas.

The Division of Enforcement’s newly renamed Crypto Assets and Cyber Unit (formerly just the Cyber Unit) will have 20 additional people, growing the team’s size overall to 50 dedicated positions. These professionals will bolster the ranks of its supervisors, investigative staff attorneys, trial counsels, and fraud analysts in the agency’s headquarters in Washington, D.C., as well as several regional offices.

Tax Increases on the Horizon?

President Joe Biden called again for Congress to raise taxes on corporations and the wealthy to drive down the deficit, while sharpening his criticism of Republican economic policies, declaring they amount to a “MAGA agenda.”

In remarks at the White House on Wednesday ahead of an anticipated interest-rate hike by the Federal Reserve, Biden broadly painted GOP proposals as in-line with the Make America Great Again ethos championed by former President Donald Trump. “It’s a MAGA agenda. Meanwhile, millionaires and billionaires and corporations skate by,” Biden said Wednesday, targeting a proposal by Florida Senator Rick Scott, who chairs Senate Republicans’ campaign organization.  Read more on this.

Sounds like there may be opportunities for tax minimization planning…

The US GDP fell 1.4% in the first quarter, the first time the economy has shrunk since early in the pandemic.

A report by Fitch Ratings projects that the US will fully recover all jobs lost to Covid-19 by the end of summer 2022. As of now, the US is only 1.6 million jobs short of where it was in February 2020.

National Small Business Week is set for May 2-7. The theme for the week is “Building a Better America Through Entrepreneurship.” Events are free but participants must register for them.

Small Business Stabilization Grants Available Across the US

A Fortinet survey of security professionals suggests that the vast majority of companies have had at least one cybersecurity breach that was linked to a lack of security skills or awareness.

Elon Musk paid $44 billion to buy Twitter, a social network that so far hasn’t kept up with Facebook, TikTok and other networks. Musk has previously been sanctioned for some of his tweets, including facing SEC charges of fraud for a 2018 tweet.

CNN Plus Shut Down Less Than a Month After Launching

Only three weeks after CNN Plus was launched, CNN’s parent company announced it was stopping the $100 million venture. The streaming service had hired around 700 people for the launch. About half were expected to be affected by layoffs.

We sincerely hope that you and your family are well and remain well. If you have any questions or concerns, don’t hesitate to reach out to us. We are all in this together!

If you need help with your accounting, want to create a tax minimization plan, want to discuss your business growth plan or your finances, are concerned about retirement goals or need to be held accountable for your 90 day action plan, contact us for a complimentary discovery session or an appointment to just get started.

Want to grow your business? Our Complimentary Resources will Help